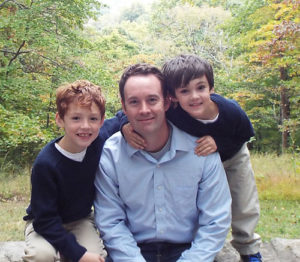 We are pleased to announce that one of own, Vince Wyatt, is running for judge in Davidson County. A longtime attorney with Raybin & Weissman, Vince has decided to seek election General Sessions Court Judge Division 4.

After thirteen years of serving the public both in civil and criminal matters, he decided he could best serve the Davidson County community in this role. Having seen the outstanding work Vince has done while here, we have no doubt our loss will be Nashville’s gain.

Vince is a fine trial attorney and legal scholar. More importantly, he is an honorable man, outstanding father and dedicated friend. For those reasons, our firm is honored to support Vince in his campaign for judge.

Nashville attorney Vince Wyatt, the son of a Davidson County judge, will run for a judgeship himself next year.

Wyatt, 39, said he will run for General Sessions Court Division IV in the Democratic primary in May. The incumbent, General Sessions Judge Gloria Dumas, has come under fire over the years for a record of tardiness and absenteeism, as The Tennessean and NewsChannel 5 have reported.

Wyatt said he decided several weeks ago to run. After four years of working as a prosecutor and the last nine years as a defense attorney, along with a stint as a judge advocate general in the Navy, he said he’s ready to hear both sides of a case and decide who’s right.

“It’s always been a passion of mine to be a judge more than it has been to be on one side or the other,” he said in a phone interview today. “I always saw the middle.”

He declined to comment on Dumas but said he would commit to being present and on time if elected.

Wyatt’s father is longtime Criminal Court Judge Randall Wyatt. A graduate of Father Ryan High School, Vanderbilt University and the law school at the University of Memphis, the younger Wyatt has practiced law at Raybin and Weissman since his honorable discharge from the Navy in 2004.

“I have been exposed to the law all my life through my father’s career experience as a judge,” he said in a news release. “The law and appropriate judicial temperament are very important to me.”

Wyatt’s brother Jim covers the Tennessee Titans for The Tennessean.