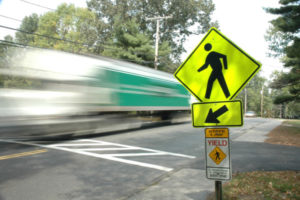 Despite newfound dedication to preventing pedestrian injuries and deaths, this year will go down on record as the deadliest year for pedestrians in Music City history.

According to nashvillelook4me.com—the centerpiece of a new campaign called Look for Me, which aims to raise awareness about pedestrian safety in Nashville—someone is killed, on average, every 21 days while walking in the Nashville metropolitan area.

Broadening our worldview to include the rest of the Volunteer State, we can expect more than 1,500 accidentsinvolving pedestrians in Tennessee this year, with approximately 25% of those incidents occurring in Davidson County, which includes downtown Nashville.

In a sign of the times, a local physician and local professor have teamed up to launch the Nashville Pedestrian Death Registry, whose mission is to “share the stories and raise awareness of those who have died while engaged in the act of walking in Nashville.”

The site features a map that pinpoints where each deadly incident occurred, as well as the unique story behind every pedestrian death.

What To Do If You Get Hit by a Car, MTA Bus, or Truck

While we hope you never have the misfortune of being hit by a car, MTA bus or commercial truck, it pays to educate yourself about what to do if it occurs.

The first step is to alert the police that you’ve been hit. Responding officer(s) will investigate the incident, take your statement and file a report.

Most people only think to look for street cameras, but also consider business cameras that may have recorded the accident.

Make notes about the conditions at the time of the accident, including the flow of traffic and whether it was heavy or light. Also, take photos of the scene and conditions in the area, as well as any visible injuries you sustained.

Get checked out by a physician. When you’re involved in an accident like being hit by a car, you’ll experience a burst of adrenaline and likely go into shock, which may mask serious injuries that only reveal themselves later.

After your medical exam, contact a trusted, experienced attorney that can provide you with sound legal advice.

Meanwhile, to minimize the risk of you becoming the victim in a pedestrian accident, we encourage you to heed the following safety tips.

Finally, if you’re driving around town, do your part to help reduce the number of pedestrian accidents by slowing down, staying off your phone and keeping your eyes peeled for pedestrians at all times.

However, if you or a family member has been injured in a pedestrian accident, don’t hesitate to call us at 615.256.6666 or contact us for a free, no obligation consultation. We will fight to get