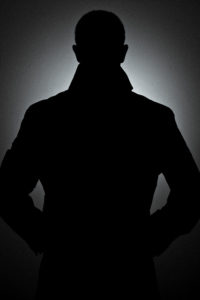 Police were contacted by an anonymous caller in May of 2009 who stated that an “armed party” was at a Covington motel.  No information regarding the description of the weapon, the ethnicity, gender, or physical appearance of the suspect(s), or the clothing worn was provided.  Six different officers responded to the dispatch and immediately upon their arrival at the motel stopped and frisked Guy Alvin Williamson and two other men.  The search of the first individual resulted in nothing being found, however, Williamson was found to be in possession of a .22 caliber pistol.  In addition to observing Williamson having slurred speech and smelling of alcohol, the officers discovered he also had a previous felony conviction.  This led to Williamson being charged with the felonious possession of a handgun and the unlawful possession of a handgun while under the influence of alcohol.  Williamson was eventually convicted of the two felonies, which were affirmed by the Tennessee Court of Appeals.

Under Tennessee law, a warrantless search or seizure may be conducted and any resulting evidence eligible for consideration if one of the narrowly defined exceptions is applicable.  In the landmark case of Terry v. Ohio, it was determined that an investigatory stop and frisk was one such an exception to the warrant requirement.  Likewise, for an officer to perform an investigatory stop, he must have reasonable suspicion, supported by specific and articulable facts, to believe a criminal offense has been or is about to be committed.

Despite the holdings of the lower courts, the Tennessee Supreme Court reached a different conclusion with the support of the U.S. Supreme Court ruling in Florida v. J.L.  Ultimately, the anonymous call did not establish the level of reasonable suspicion necessary to satisfy an exception to the warrant requirement. The 4th Amendment protections against unreasonable searches and seizures require the discovery of circumstances that substantiate anonymous claims of illegal activity to justify the stop and frisk of an individual.  Therefore, because possession of a firearm alone is not necessarily a crime there was no allegation of unlawful conduct to substantiate. There were no grounds to stop and frisk Williamson and the evidence (gun) should have been suppressed.  Furthermore, the Tennessee Supreme Court agreed with the U.S. Supreme Court’s analysis in Florida v. J.L. in declining to adopt a “firearm exception” to the standard for an investigatory stop.  Such an exception would permit a stop and frisk on the mere allegation of an illegal gun, regardless of the reliability of the accusation.  The Court stated that allowing a frisk on such grounds would enable a person to harass another by anonymously creating a false report, in turn prompting an invasive and embarrassing search by police.