Hit and Run Accidents are on the Rise, Even in Nashville! 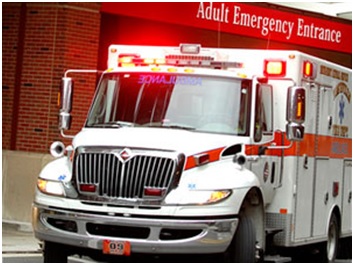 Luo Lang, a 44-year old Nashville woman, sustained critical injuries after she was struck by a hit and run driver while walking on I440 East near the Richardson Avenue Overpass.

According to WKRN News, the car that struck Lang slowed down for just a moment before speeding away. A police hunt ensued for the driver and vehicle — a gray Honda sedan with blue lights underneath and a shattered passenger side mirror.

The circumstances surrounding Lang’s injury are not fully understood. She was walking in the striped area between travel and merge lanes of the interstate when she was struck. It’s possible that Lang’s car had broken down and she was seeking help.

Regardless of Lang’s reason for being on the interstate, she suffered unwarranted consequences. She was transferred to Vanderbilt University Medical Center, one of Nashville’s premier health institutes, with life-threatening injuries. Meanwhile, the driver who injured her disappeared into the night.

It’s this kind of injustice against innocent people which revs me up the most as an injury attorney.

How can Nashvillians Avoid Becoming a Hit and Run Victim?

Metro Davidson Nashville Police actually has its own designated hit-and-run police unit, but it’s better to do everything within your power to avoid calling upon their services!

Avoid walking in lowlight hours. If you must walk at night, wear reflective material or shine a light as you walk to alert drivers of your presence.

If the car speeds away too quickly to read the license plate number, at least lock a description in mind. What color was the car? What make and model? Did it have any distinguishing features, including damage from the accident?

Talk to witnesses to make sure you’ve got your facts straight and to fill in any gaps.

What should you do if you are the victim of a hit-and-run?

Fleeing the scene of an automobile accident, especially when someone has been injured, is a criminal act in Tennessee. The driver who struck you or your vehicle should be prosecuted. As the victim of a hit and run accident, you are entitled to legal compensation.

As with any accident, you should begin by filing a police report. Whether it’s the THP or a local police department, give the officer all the information you have about the time, date, and location of the incident and the vehicle description.

If you are seriously injured, don’t worry. The officials who came to the scene to assist you will have collected information from witnesses. With luck, the authorities will be able to identify the hit-and-run driver.

As an injury attorney, I have helped countless innocent people secure compensation for their time, pain, and expense. Bringing injustice to a just ending is what I do best. When you choose an attorney to defend your rights, be sure that you choose an attorney with knowledge of your local area and a track record of successfully winning their clients’ cases.

Just because a hit and run driver left you in the dust doesn’t mean you have to deal with the consequences of the incident by yourself. You have rights, and you can come out on top of the situation.