Move Over Law in Tennessee

One of Tennessee’s most important rules of the road regarding safety is also one if its least known. Specifically this is the Move Over Law.

This is the law that requires a driver to move his vehicle into an adjacent lane of traffic, or slow down if moving over is not feasible, when approaching a law enforcement vehicle or or other emergency vehicle parked on the side of the road. Specifically codified at T.C.A. 55-8-132, this law is essential to protect the safety of law enforcement officers, first responders and drivers of utility vehicles when they are pulled over to the side of the road. 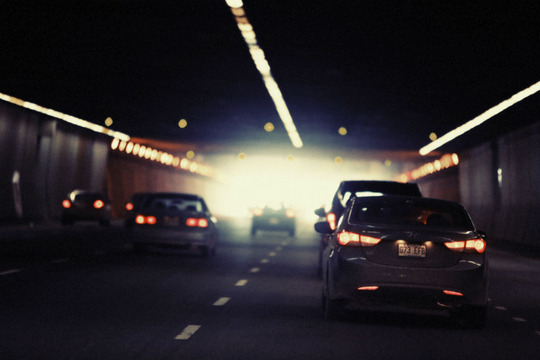 Many people are ignorant of the important TN “Move Over” law

Many People Are Not Moving Over

Unfortunately, it seems many people are not aware of this. It is a common sight to see drivers flying past people parked on the side of the road. In so doing, they are endangering the lives of those trying to help others in need, such as stranded or injured motorists. Further, even those who do know the law and their obligation are often times not capable of following because drivers in adjacent lanes won’t allow them to merge.

Why Was the Move Over Law Created?

The reason for this law was to create a zone of safety for state troopers/police personnel and others whose work tends to be carried out on the side of busy highways.

It was implemented so that when drivers approached areas of the highway where police, emergency personnel, or utility services vehicles were parked and operating, they knew they had to begin to slow down and if possible do their absolute best to cross over into the adjacent lane in order to create space between themselves and the authority parked on the side of the road.

Violating The Law Can Be Costly 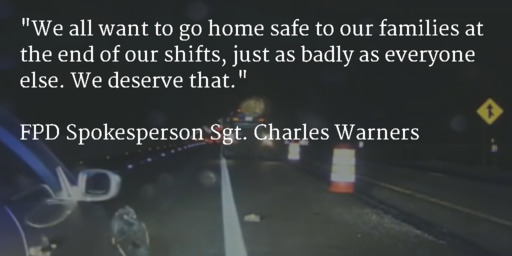 Tennessee was the 30th state to create and implement a Move Over Law providing protection for police, emergency, and utility personnel on the side of the road. According to the Tennessee Department of Safety and Homeland Security, the penalty for violating the Move Over Law is a fine of a maximum of $500.00 and possibly up to 30 days in jail.

Further, according to the Tennessee Department of Safety and Homeland Security, in 2014 alone there were over 1,800 Move Over Violations in the state of Tennessee. Whether these violations were associated with injury is unknown, however it is certainly associated with a close call. I say this because it means that a driver was careless and neglected to move over when they sped past a vehicle parked on the side of the road, endangering all present.

This is a law that needs to be given the utmost attention. We must provide a safe area to allow those doing very dangerous and thankless jobs some measure of security. One need look no farther than our local news to see the tragic consequences of failure to comply. on May 10, 2014, Officer Michael Petrina, a Metro Nashville Police Officer, was tragically killed when a passing motorist either failed or was unable to move into an adjacent lane.

Whether the passing motorist failed to move because he was unaware of the need to, or because other drivers did not know of the requirement to allow him to, this sort of tragedy cannot be allowed to happen again. Unfortunately it is quite reasonable to assume it will.

Pay Attention and Save Lives

It is all of our responsibilities, both legally and morally, to prevent these types of tragedies. Further, this should not just apply to those “protected” by this law. When driving Tennessee’s streets, make sure you pay attention to the road ahead. Take note of vehicles parked ahead on the side of the road. Do not be distracted by such things as cell phones and texting.

Know your surroundings and be able to move over. If you cant, slow down as much as is safe. And even though it is not part of the law, do this for any vehicle, not just an emergency one.

Protect yourself and others on the highway. It is the law and it is your responsibility.