Liability Waivers- Can a Child Sue If Parent Signs A Waiver 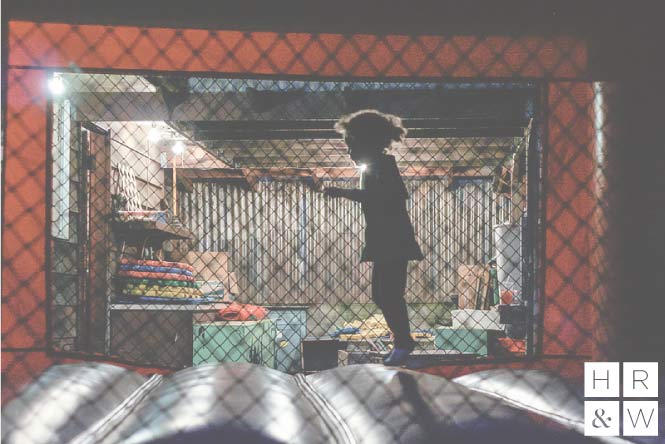 Have you ever taken your minor child somewhere fun, the skating rink, the bounce house, the rock climbing wall? Of course. Have you ever been handed a clipboard, given some papers and told to sign?- Yes.

Did you know you were signing a waiver in the event your child gets injured?- Probably. Did you read it?- probably not. So why did you sign it?- Because you had to if your child was going to be allowed to play.

Is the Liability Waiver You Signed Binding?

If you are like most every parent ever, I imagine the above sounds pretty familiar. 99% of the time, you never think about it beyond the minute it takes to sign. However, once in a very rare “blue moon,” it becomes very important. That is when the unfortunate happens- your child gets hurt participating in the activity and it is the fault of the facility.

You go to report it to the manager and are told, “sorry, you signed a waiver- your kid can’t sue.” So then the question becomes- is the waiver you signed binding?

The good news is, in Tennessee, at least right now, a parent cannot waive his or her child’s right to sue for another’s negligence. In short, if your child goes skating, and the wheel falls of his skate, the fact that you signed a waiver doesn’t prevent your child from bringing a lawsuit against the skating rink. Even though you signed a paper saying he wouldn’t, that is not binding. 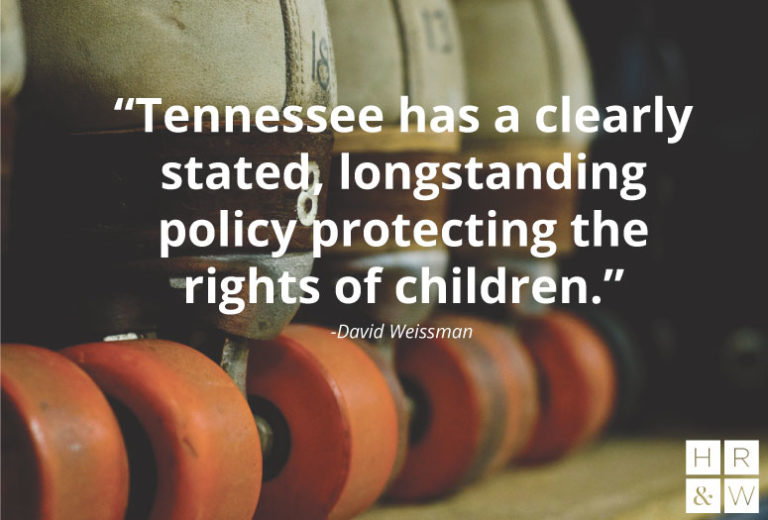 The current law that supports this notion that a guardian/parent may not waive the rights of a child to bring a tort action was decided in the case of Childress v. Madison County. This case backs up the long standing public policy of Tennessee which protects all minors of the state.

The U.S. District Court of East Tennessee in the case of Bonne v. Premier Athletics supports this policy and supports the idea of prohibiting exculpatory releases in waiver forms for minors. No entity/party may request that a parent/guardian sign a waiver in an agreement stating that they will not file a suit on behalf of a minor child.

What is an Exculpatory Clause?

An exculpatory clause is a provision in a contract under which either of two things is stipulated: (1) one party is relieved of any blame or liability arising from the other party’s wrongdoing, or (2) one party (usually the one that drafted the agreement) is freed of all liability arising out of performance of that contract.

An example of an exculpatory clause is a dry cleaner’s receipt that includes a disclaimer freeing him or her from any liability for damage to the item to be cleaned during the dry cleaning process. While an exculpatory clause may be overruled by courts if found to be unreasonable under the circumstances, it is typically binding. However, it won’t be if a parent enters into it for a child.

Tennessee has a clearly stated, longstanding policy protecting the rights of children. No parent or guardian may waive a minor’s right to bring a tort action in the unfortunate case of them becoming injured due to the negligent acts of a third party. This is a right that is solely vested with a child and has been put in place by our Courts and our Legislature to protect children and their well- being.

However, not all states feel the same. A significant minority of states favor allowing parents to have full power over their child. As such, depending on the state, a waiver may be binding. For instance, in California, a parent does have the power to waive a claim of his or her dependent. That is why many contracts at local businesses indicate another state’s law governs.

So what are you to do? If your child is going to participate, you almost certainly have to sign a waiver. In reading through it, you are not likely to know whether the waiver is valid. In short, if you sign it, trust that your child will be safe. If the worst happens and he or she gets hurt, you will need a lawyer.

While this issue is very complicated, far too much so to discuss all of the details within, I have been very successful fighting for the rights of my clients on this very issue. If your child gets hurt, and you have signed a waiver, all may not be lost.

Contact me to discuss your case. I will do everything in my power to protect you and your child’s rights.