Why Doesn’t Your Child’s School Bus Have Seat Belts? 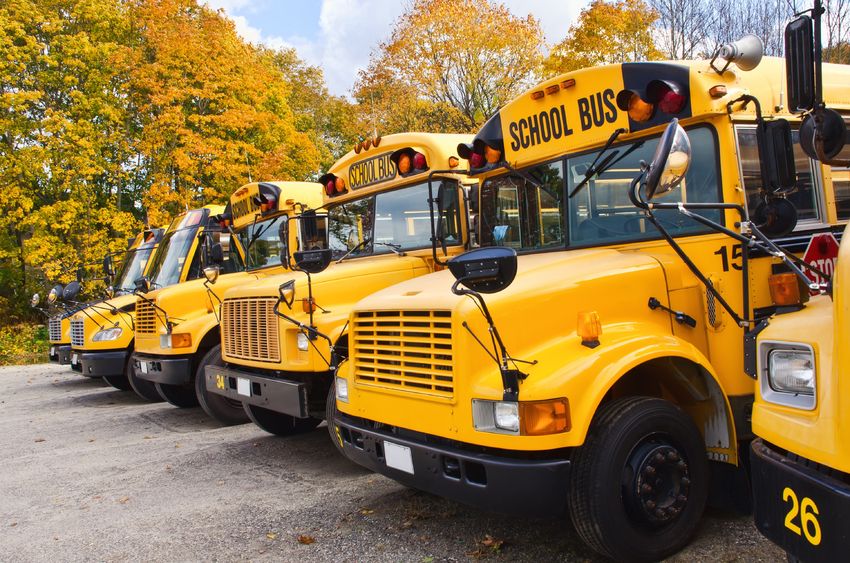 That being the case, why is it then that your child goes to school every day, along with many other little children, in a vehicle without this most basic of safety functions.

In light of a recent tragic incident in Knoxville, Tennessee, this question is being asked more and more. On December 2, 2014, school bus number 57 from Sunny View Primary School flipped onto its side, resulting in the death of a six-year-old student, a seven-year-old student and a 46-year-old teacher’s aide.

As an aside, unbelievably, the report from the Knoxville Police Department revealed that the bus driver was apparently texting a prostitute throughout the day while driving his route! http://legacy.wbir.com/story/news/2015/06/24/knox-bus-crash-prostitute/29218147/

As you may know, texting and driving is an issue I have focused on a great amount. This is just another example of why it needs to stop.

Facts About Putting Seat belts in School Buses in Tennessee

In light of this tragedy, which is unfortunately not that uncommon, the Tennessee state legislature has begun exploring the idea of forcing counties to place seat belts in school buses. In determining whether this is a good idea, there are some facts you need to have.

According to the National Highway Traffic Safety Administration (NTHSA), public school buses carry 24 million children more than 4.3 billion miles a year and only six children die each year in bus accidents. As such, it is not a real problem!

I don’t know about you but I find this statistic shocking. Further, I find the callous disregard to the lives of six children per year outrageous.

Further, designers of school buses suggest that “squirmy children” cannot be trusted to properly use a seat belt. As such, given the size of the vehicle and the manner in which school bus seats are packed closely together and covered with four-inch thick foam to form a protective bubble (a safety principle known as compartmentalization), they contend seat belts would cause greater risk.

Does this make sense?

Consider the next part of the argument. Designers also advise that retrofitting existing school buses with seat belts would cost between $12-$15,000 per vehicle. To me, this sounds dangerously close to placing money over safety.

As a personal injury attorney and more importantly, as a parent, I find the above offensive. To suggest the only concern we have is six dead children a year minimizes a horrible situation further. It fails to take into account how many children are injured exactly because they are squirmy.

Over the course of my career, I have handled many cases involving both public transportation and school buses.

In a T-Boned Accident Are Buses Safe?

While it is true the size of the vehicle tends to make the vehicle safe, it doesn’t address the bigger issues. If the bus is hit from the side (T-boned), the concept of compartmentalization doesn’t serve as a safety feature.

Further, if the children are standing up or kneeling, as children tend to do, if the bus gets hit, a non seat belted child goes flying. If he or she was in a seat belt, that would not happen.

What About a Rollover Accident?

Lastly, and it goes without saying, the worst scenario is one wherein the vehicle rolls over. If a child is in a three-point seat belt, he or she would be held in place. By contrast, if there is no belt system, the child will be smashed into the top of the vehicle.

The Difference Between Public Transportation and School Buses

Children, on the other hand, have no choice. They oftentimes have to ride the bus to school. It is unreasonable to place a child in a potentially dangerous, especially when the overriding goal is saving money.

What is Being Done?

At present there is a bill in the Tennessee legislature sponsored by Sen. Becky Duncan Massey. This bill, if passed, would put seat belts on all Tennessee buses by 2023 at a cost of more than $33 million annually. Sen. Massey addresses the significant cost involved.

As such, she alternatively calls for any new buses to be manufactured with seat belts in the future. While this is not enough, in my opinion, it is at least a reasonable compromise. I will be interested to follow the progress of this bill going forward.

In conclusion, I am very interested in anything that keeps our kids safe. At present, there are only six states in the United States that require seat belts on buses. They are California, Texas, Louisiana, Florida, New York and New Jersey. I strongly hope Tennessee decides to follow suit.

In the event, you have questions about this issue, or have a loved one injured in such a situation, give me a call. I absolutely believe a municipality is liable for failing to place seat belts on school buses and I would be happy to discuss with you.