Division of Military Benefits in Divorce Challenged by Vet 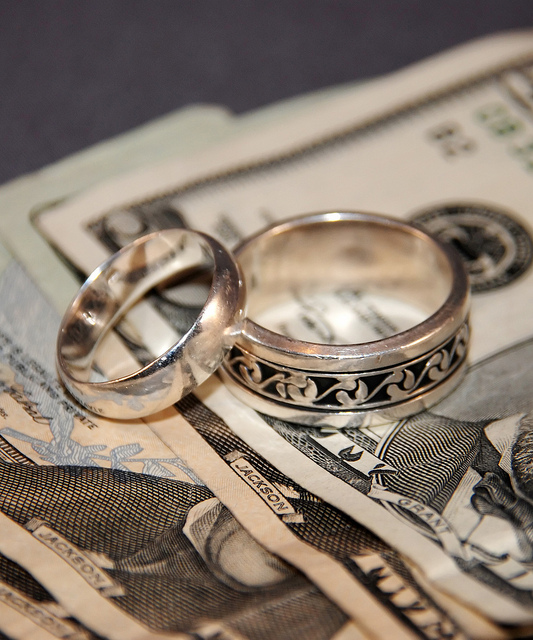 Peter James Barclay, a 42-year old disabled Air Force veteran, has petitioned the U.S. Supreme Court to consider whether federal law is violated by states that allow veteran disability compensation to be considered by divorce courts in calculating spousal support. The issue was broached in 2010 during the dissolution of Barclay’s nearly 20-year marriage to Claudia Kay. The Oregon district court judge who decided the matter found Kay was entitled to $1,000 a month in spousal pay. Likewise, Barclay was entirely dependent on his Veterans Administration benefits and Social Security Disability Insurance as his only sources of income, which netted him roughly $4,400 a month (tax free).

In 1995 after the bombing of the federal building in Oklahoma City, Oklahoma, Barclay served as a first-responder. As a result of working in the aftermath of the attack, clearing debris, offering aid to the wounded and recovering the dead, Barclay was diagnosed with post-traumatic stress disorder. Because of this affliction he has become unemployable and is thereby authorized to draw VA compensation at the 100 % disabled rate. Barclay and his attorney, Michael D.J. Eisenberg, have argued that Title 38 U.S. Code, sect. 5301(a), which makes VA disability benefits immune “from taxation, claims of creditors, attachment, levy and seizure,” would also bar the inclusion of disability pay in spousal support calculations.

Eisenberg maintains that disability pay is meant to compensate the veteran for loss of income due to a service-connected medical condition. VA compensation tables set payments higher if the veteran is married, in recognition of the spouse’s sacrifice in living with a disabled individual. This increase in payments ends in the event of a veteran’s divorce. Therefore, the spouse should no longer have a direct claim on the compensation anymore. Although Kay claims to have disabilities herself, Eisenberg asserts that rather than seek support from VA military benefits she should enroll in a state or federal program herself, such as Social Disability Insurance. Moreover, Kay does not claim to have disabilities resulting from military service, which is the group of people VA benefits target.

Currently, Arizona, Texas, and Vermont are the only states that offer protections similar to the federal law. Tennessee is a state that follows the Oregon model, which is based on a 1987 Supreme Court ruling which held that VA disability benefits are intended to compensate the veteran, as well as the family. This position is furthered by the Uniformed Services Former Spouse Protection Act (USFSPA), which was passed in 1982 and permits courts to consider “disposable” military retired pay as martial property to be considered in determining alimony or child support.

It is also argued by Barclay in his petition that the USFSPA excludes disability compensation from the definition of “net disposable income.” Also mentioned is a 1989 Supreme Court case that ruled in favor of a retiree whose goal was to reduce his spousal support upon winning a disability award from the VA. When the VA benefits began to be withdrawn by the veteran, his military retirement that he shared with the former spouse began to decrease. Although Barclay is not a retiree but a veteran, he claims he and all veterans should be covered by the protections of disability pay.

Another advocate of veterans having their disability benefits protected from being used as divorce alimony is Matt Kozatek, a Berkley resident and Army veteran. He is currently involved in his own divorce proceedings and is worried he could lost his veterans military pay. Similar to Barclay, Kozatek’s main concern is that men and women are returning from combat with life altering disabilities, are being divorced by their spouses, and are forced to fight another war to keep from losing their disability compensation. He works with Operation Firing for Effect, a national advocacy group “devoted to the protection and improvement and entitlements and services earned by our men and women in uniform.”

There is clearly a discrepancy between the state and federal interpretation of the definition of VA disability compensation. Likewise, not even all the states have come to a common agreement and what to consider VA benefits. Although four justices have agreed to review Barclay’s case, it remains uncertain if the Supreme Court will decide to hear arguments and clear the issue up once and for all.

Ruling sought on split of military benefits in divorce