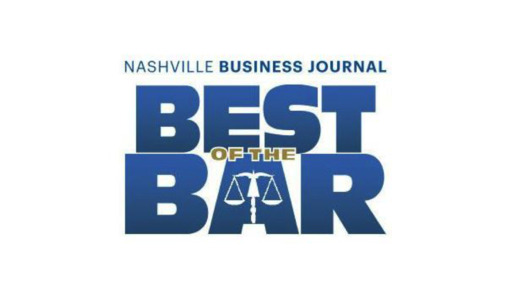 We are proud to announce that the Nashville Business Journal has acknowledged our partner, David Raybin, in their 2016 Best of the Bar list for his achievements in “Litigation and Dispute.” Congratulations, David!

Each year, Nashville Business Journal recognizes Middle Tennessee’s leading lawyers and corporate counselors in their Best of the Bar list.

Earlier this year, followers and subscribers of Nashville Business Journal nominated the men and women whom they considered to be the top legal minds in the area. This year, NBJ began basing categories on areas of practice and not firm size. Additionally, they updated their voting process to give more weight to votes outside of a nominee’s own firm. After the nominations were collected in early March, nominated lawyers voted for their fellow nominees. The lawyers and counselors with the most votes were named on the 2016 Best of the Bar winner list.

The attorneys who made the Best of the Bar list will be celebrated at a cocktail reception on June 2nd. Congratulations to all the attorneys! 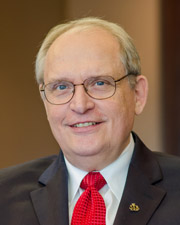 With more than 35 years of experience, David Raybin heads the criminal defense division of Raybin & Weissman, which includes criminal trials, criminal appeals, parole hearings and civil rights litigation. In addition to the Nashville Business Journal, Raybin has been recognized for his exceptional legal work by the Best Lawyers of America publication, Tennessee Business Magazine and the Tennessee Bar Association.

Raybin has served on the Tennessee Sentencing Commission for nine years and has been a member of the Tennessee Rules Commission for two terms. He also serves as the local counsel for Children’s Rights and aids them in foster care litigation in the state of Tennessee. Additionally, Raybin, a prolific writer, penned the book Tennessee Criminal Law, which is highly regarded by attorneys and frequently cited in Tennessee courts.

David Raybin is one of the most established and highly sought-after criminal lawyers in Nashville, TN. It is not surprising that his peers in the Nashville legal community recognized his work in many high-profile cases over the past year.

Below is a sampling of some of the newsworthy moments from Raybin’s career in 2015.

David Raybin and Jack Lowery represented a man who spent 31 years in jail before DNA evidence cleared his name. 11/2015

Raybin served as legal consultant in a lawsuit, which challenged Tennessee’s handling of life sentences with chance of parole . 9/2015

Raybin represented a woman who was convicted of killing her newborn twins by questionable evidence in 2011. 7/2015- 8/2015

David Raybin’s experience, knowledge and integrity as a criminal lawyer continue to make him an immense asset to Raybin & Weissman, and all of us are incredibly proud of his Best of the Bar acknowledgement.