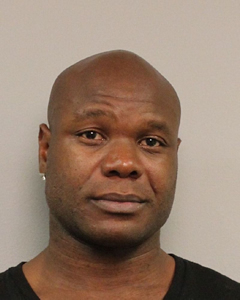 Former Tennessee Titans linebacker Keith Bulluck was arrested recently for felony robbery after an altercation with a taxi driver. As reported in the media, the taxi driver has a history of filing false reports and allegedly lying about being robbed.

If the taxi driver lied about this incident, could Bulluck sue him for malicious prosecution?

Of course, there is no way to know right now exactly what happened during the encounter and whether Bulluck actually committed the robbery. Assuming no crime occurred, Bulluck may have a valid lawsuit.

When can you sue for malicious prosecution?

Under Tennessee law, a person can sue for malicious prosecution if:

Here, criminal proceedings were instituted when Bulluck was arrested. In order to meet the next step, Bulluck must successfully get the charge against him dismissed. Any other type of resolution would preclude a lawsuit, even if Bulluck took a “best interest” plea to avoid the risk of a harsher punishment.

If Bulluck can get the charge dismissed, he would then have to prove there was no “probable cause” for his arrest. In the criminal case, the prosecution has the burden of proof to show a robbery occurred. In a civil case against the driver, Bulluck would have the burden of proof to show no robbery occurred. Given that there may be no hard evidence one way or the other, it is possible that no one is able to prove exactly what happened, in which case a person could neither be convicted criminally nor be able to prevail in a malicious prosecution case.

Finally, Bulluck would have to show that the cab driver acted maliciously in bringing charges. This might be easier in this case because, if Bulluck can show he did not rob the driver, it is hard to imagine a non-malicious reason for the driver to have him arrested. Other cases can be more difficult, especially when a person tries to sue a police officer, because a good-faith misunderstanding of the facts or law surrounding an arrest can defeat a claim of malice.

Criminal defendants who prevail in court often ask whether they can bring a claim against the person who brought the charges. As indicated above, this can be very difficult depending on the circumstances of the case. Establishing monetary damages can also be challenging because it can be hard to put a price tag on how much you have been harmed by false charges.

Keith Bulluck could presumably demonstrate significant losses to his reputation and potential future earnings. Although the driver may not be able to pay a large judgment against him, Bulluck could potentially try to make the taxi company liable for the damages.

If you believe you may have a valid case for malicious prosecution, consult an attorney to discuss your rights and options.