Car Accidents on Icy Roads: Who is At Fault? 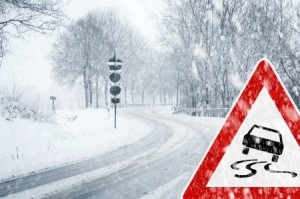 March 3, 2014 is a day that will likely be remembered for quite some time in Nashville, and the rest of Tennessee for that matter. After a particularly cold winter, and with hopes of a warm Spring on the horizon, Nashville got hit once again by an Arctic Blast.

In a matter of just a couple hours, the temperature dropped 40 to 50 degrees. Even worse, the storm front blowing the cold air in contained a lot of precipitation. Finally, the rain came at night, when the streets were fairly empty. As such, there was not a lot of traffic to keep the roads passable.

As a result, Nashvillians awoke Monday to streets caked with ice. As the brave and diligent who attempted to navigate these conditions soon found out, you can drive in rain, you can drive on snow, but ice—that is much more challenging.

Channel 5 listed three pages of collisions in the downtown area alone including some very serious injuries from rear end accidents. I-65, at both Murfreesboro Road and Old Hickory, had to be shut down for bad accidents. And, there was a 12-car pile up at HWY 840.

Driving was, simply put, a mess. If you ventured out, there was a reasonable chance you got in an accident.

When Icy Conditions Cause Accidents

So the question arises, if you were hit by another car in these icy conditions, is that driver responsible?

At first glance, it might seem like no one should be responsible for an accident that occurs as a result of an act of God. However, if you were in such a collision, was that really the cause?

In Tennessee, a driver is required to exercise due care_. (T.C.A. 55-8-136). This means you are required to operate your car with the proper care and caution as is required _under the existing circumstances and conditions so as to protect the safety of his or her self and others properly on the roadway.

This also means you must control the movement, momentum and direction of travel of your car so as to avoid a collision.

In short, just because the roads are bad, if you choose to be on them, you are responsible for handling your car properly.

Drivers are Responsible for Cars on Icy Roads

Tennessee courts have addressed this issue many times. The court referenced the “wet street doctrine” as far back as 1994. Whitaker v. Harmon, 879 S.W. 2d 865 (Tenn. Ct. App. 1994). In this case, the court cited the doctrine to stand for the principle that that a person is not to blame if he lost control of his car solely because the street was wet or slippery.

However, in 2010, the same appellate court clarified in Macleod v. McKenzie that there is more to the analysis. For instance, if the driver was going too fast for the road conditions, or panicked and hit the brakes too hard, he or she may well be responsible.  After all, this is not a case where a sudden emergency arose. Anyone who watched the news, or even looked outside, had to know they were choosing to enter a dangerous situation, and needed to adjust their driving accordingly.

In conclusion, while the weather created chaos, it is important to consider whether drivers contributed to it as well. If you were involved in a car accident in these difficult conditions, don’t assume no one is to blame. Just because conditions were tough doesn’t mean people shouldn’t drive carefully. Rather, just the opposite applies. Because conditions were so clearly challenging, drivers owed a duty to others on the road to be extra careful. If you have any questions about this analysis, don’t hesitate to get legal assistance with your car accident case.

“Fighting for your rights” Contact David Weissman and the law firm of Raybin & Weissman for a confidential consultation of your case today at 615-256-6666.