Can Signing Your Name to a Lease or Contract in Your Corporate Capacity Still Subject You to Personal Liability? 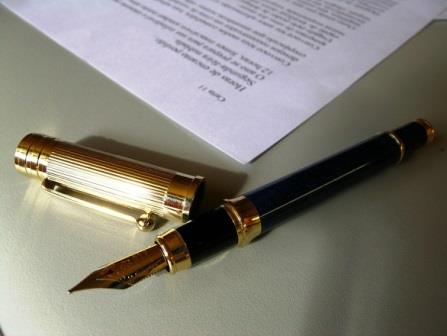 Convention wisdom is that if you add your company name to your signature then only the company is bound by the terms of the legal document if you and your company are sued for failure to perform.

More than a year into the lease, the landlord, MLG Enterprises, filed a lawsuit stating that Mobile Manufacturing had abandoned the lease, and Mr. Johnson breached his personal guaranty agreement in the lease. Mr. Johnson maintained that adding the handwritten words “for Mobile Master Mfg. LLC” absolved him of any personal obligation under the lease. The trial court agreed, dismissing the landlord’s suit  against Johnson himself.

The Tennessee Supreme Court reversed. The Court held that Mr. Johnson’s second signature would bind him individually notwithstanding his attempt to add the name of the company after his signature. The lease itself specified that “In consideration of Landlord entering into this Lease with Tenant, Richard L. Johnson hereby agrees that he shall be personally liable for all of Tenant’s obligations under this Lease and executes this Lease for this purpose.”

The Court quoted well-settled authority that “[A]n individual who signs a contract is presumed to have read the contract and is bound by its contents.” In summary, Mr. Johnson’s second signature bound him as personally liable for the obligations under the Lease. The Court held that any attempt by Mr. Johnson to avoid the plain meaning of the explicit provision for personal liability by following his second signature with the words “for Mobile Master Mfg. LLC” was not effective to overrule the clear intent of the written content of the lease.

The take-away from the case is that signing your name and adding the name of your company will not absolve you of personal liability where the lease or contract specifically recites your commitment to personal liability in case of default.