Can “Pocket Dial” Calls be Recorded?

Many of us have made, and received, a “pocket dial” call in which a phone number is accidentally dialed. Normally there is not much to listen to. But what if an entire conversation is heard (or even recorded) on the other end? 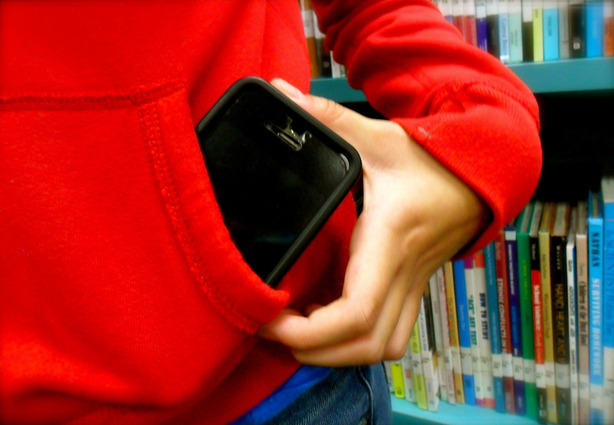 What happens if your pocket dial is recorded? Photo Credit

In the case of Huff v. Spaw, just such a situation was considered by the federal Sixth Circuit Court of Appeals, which covers Tennessee, Kentucky, Ohio, and Michigan.

Facts of the Pocket Dialing Case

James Huff was Chairman of the Board overseeing Cincinnati International Airport. Carol Spaw was an assistant to the Airport’s CEO. One day, as Huff was vacationing in Italy with his wife, he inadvertently “pocked dialed” Spaw. Spaw realized it was a “pocket dial” but overheard conversation about her boss, the CEO. Spaw proceeded to record and take notes from the conversation over the next 90 minutes until Huff realized he had an open call.

After Spaw shared the recording and her notes with members of the Airport Board, Huff and his wife sued Spaw for wiretapping their conversations. Under federal law, it is illegal to “intentionally intercept[] … any wire, oral, or electronic communication.” 18 U.S.C. § 2511(1)(a).

The Court’s Ruling Regarding Pocket Dials

The Sixth Circuit determined that the relevant issue was whether Huff and his wife had a “reasonable expectation of privacy” during their conversation. Only if they did would it be unlawful to record the call.

Looking first to Mr. Huff, the court held that his accidental “pocket dial” effectively nullified his expectation of privacy. The court noted that he could have taken a “number of simple and well-known measures” to prevent pocket dialing, such as locking the phone or using an App.

By failing to take such countermeasures, the court concluded, this case was no different than one in which a person reveals illegal activities by inadvertently leaving his drapes open or his webcam on. (In a humorous footnote, the court referenced the accidental webcam broadcast of certain “in-home” activities in the movie “American Pie.”)

As to Mr. Huff’s wife, the court concluded that she did enjoy an expectation of privacy because she was not the one “responsible for exposing those statements to an outside audience.” Although she was aware that her husband’s phone could have been recording, the court held that this knowledge alone is insufficient to waive one’s privacy. Otherwise, conversations would almost never be private since almost everyone carries smartphones in today’s society.

There are many ways this case could be applied in the future. Suppose someone accidentally called police and began discussing a crime. In fact, this has actually happened. In another case, a witness’s phone pocket dialed 911 just in time to catch her boyfriend making a death threat.

On the other hand, since a conversation from the phone’s owner necessarily involves a person other than the owner who is not responsible for the “pocket dial” (such as Mr. Huff’s wife), recording a pocket dial would apparently always be illegal unless the caller is only talking to himself.

What Should You Do?

This case has two important lessons. First, the court’s ruling makes clear that cellphone owners are responsible for securing their own devices to prevent unauthorized transmissions. Second, recording a “pocket dial” you receive could expose you to liability if there is someone other than the phone’s owner speaking.

If you have recorded a “pocket dial” or have been recorded from a “pocket dial,” I suggest contacting an attorney as soon as possible to discuss the situation.