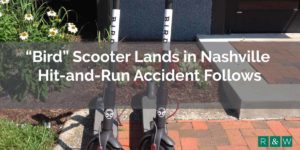 “Bird” is the word on the minds of Nashville residents following local launch of the controversial electric scooter service.

So asks the Peter character in the popular TV cartoon Family Guy before he reprises the 1963 hit song “Surfin’ Bird” for his wife Lois, a ditty that he describes as his “favorite song of all-time.”

If you’re familiar with Family Guy, you know that Peter (voiced by the show’s creator, Seth MacFarlane) relishes singing the above-named Trashmen song over and over again, much to the chagrin of his friends and family members.

“Everybody’s heard about the Bird. The B-B-Bird Bird Bird, the Bird is the word,” sings Peter, swinging his arms up and down and swiveling his hips from side to side as he belts out the lyrics.

Meanwhile, another kind of Bird has been generating strong feelings here in Nashville—feelings that have ranged from joy to annoyance to physical pain.

If you haven’t yet seen any headlines or news segments that have led to, uh, “mass awareness of a certain avian variety,” you will soon.

That’s because on May 7, Bird, the ride sharing electric scooter service, officially launched in downtown Nashville and surrounding neighborhoods, including Music Row, the Gulch, Germantown and East Nashville.

Less than a week later, two twenty-something women—one from Knoxville and the other from Oak Ridge—were seriously injured in a hit-and-run accident that occurred at the intersection of 5th Avenue North and Union Street a few blocks north of Lower Broadway.

Neither victim was wearing a helmet, and both women were taken to Vanderbilt University Medical Center for treatment. As of this writing, one of the victims remains hospitalized.

In the meantime, police have recovered a black Lexus ES 330 from a home in Madison that may have been involved in the crash, though no arrest has yet been made.

The accident came just days after the city of Nashville sent the Santa Monica, Calif.-based startup a cease-and-desist letter telling the company to “keep scooters off sidewalks and other Metro rights-of-way until a regulatory or legislative framework is in place.”

Bird has 15 days from the date of the letter to remove the electric scooters or Metro will do it for them.

Notably, the Bird’s rollout in other cities—including its hometown of Santa Monica—has largely mirrored what we’ve seen in Nashville.

According to the Los Angeles Times, safety quickly became an issue in Santa Monica and elsewhere in southern California.

Per the Times, “Santa Monica police have watched with some alarm, particularly after a helmet-less adult rider was seriously injured … when she blew through a stop … and crashed into a car.”

Even before that accident, the Santa Monica City Attorney’s office filed a criminal complaint against Bird Rides, Inc. alleging that Bird “has repeatedly violated local laws by operating without a business license,” and that “Bird scooters are often found in the public right of way, including on sidewalks.” 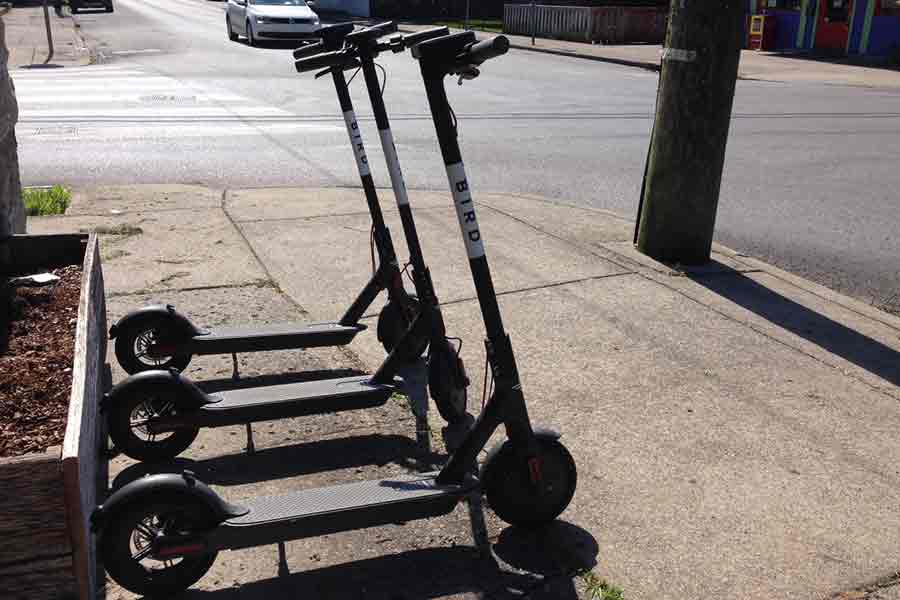 To be sure, questions regarding liability for accidents involving Bird scooters are sure to arise.

Without more details about the Nashville hit-and-run accident it’s difficult to comment on liability regarding that particular case.

However, it’s not difficult to imagine numerous scenarios in which someone could be injured in an incident involving a Bird scooter.

Here are scenarios in which someone could be an injured in an accident involving a Bird scooter and need a lawyer:

Naturally, Bird Rides, Inc. has a Rental Agreement that sets forth terms and conditions for use of the Bird.

Here are the key terms regarding rental and use of the Bird scooter:

Meanwhile, the Rental Agreement attempts to limit Bird’s liability, noting that “Rider expressly agrees to indemnify, release and hold harmless [Bird] from all liability for property loss or damage, personal injury or loss of life….”

But this doesn’t necessarily mean that Bird Rides, Inc. is absolved from liability. For one, commencing operations in Nashville without a permitting agreement in place could be a factor.

Meanwhile, traditional accident liability might apply. For instance, a Bird rider might have a claim if they are hit by a car or truck. Or they might have a claim against the city if they crash as a result of hitting or trying to avoid a pothole.

This is an evolving area of law, so if you or a family member has been injured in an accident involving a Bird scooter in Nashville, contact us online or give us a call at (615) 256-6666. At Raybin & Weissman, we offer a free, no obligation consultation.

In the meantime, we encourage you to stay safe and adhere to all laws if you choose to ride a Bird, including the 2001 Metro Nashville ordinance that requires helmets and other safety gear and calls for violators to be fined $50.