Are Your Office E-Mails to Your Spouse Protected by the Marital Privilege?

Can the police subpoena your emails to your spouse?  Can your emails be subject to a subpoena?

Are your emails to your spouse protected when written on a work computer?  According to one very recent federal court ruling, not necessarily so.  United States v Hamilton, -F.3d-, (4th Cir. Dec. 13, 2012).  Although the case came out of Virginia, the same ruling will probably apply to the rest of the country since the decision was based on federal law.  This important case involves an interpretation of the marital privilege doctrine and how that applies in the Internet age. 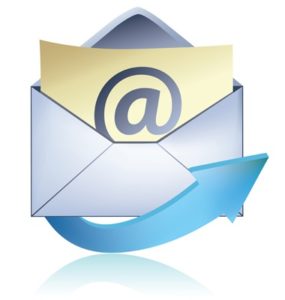 A member of the Virginia legislature — Phillip A. Hamilton — was found guilty of bribery and extortion for arranging funding for an education center at Old Dominion University in exchange for a job.  He was sentenced to 9 years in prison.

Hamilton argued on appeal that several  incriminating emails he sent to his wife should not have been allowed into evidence since they were privileged marital communications.

The trial court found that Hamilton had not taken any steps to protect his emails when he was put on notice that the employer had a policy that all emails were subject to inspection.

The appellate court held that Hamilton had waived the marital privilege.  The emails were admissible and the conviction was affirmed.

Why was the Email Admissible?

The appellate court found that in an era in which email plays a ubiquitous role in daily communications, Hamilton’s arguments caution against lightly finding waiver of marital privilege by email usage.  The court found, however, that “Hamilton did not take any steps to protect the emails in question, even after he was on notice of his employer’s policy permitting inspection of emails stored on the system at the employer’s discretion.”

Courts have held that a person did not have an “objectively reasonable” belief in the privacy of files on an office computer after his or her employer’s policy put the employee  “on notice” that “it would be overseeing his Internet use.” Factors to be considered in determining privacy include the employer’s maintenance of relevant usage policy, monitoring of employee email, third-party right of access to email, and employees’ awareness of the policy as key factors suggesting no expectation of privacy.  Courts have made clear that a party waives the marital communications privilege when the employee “fails to take adequate precautions to maintain confidentiality.”

What is the law in Tennessee?

Communications between spouses have traditionally been considered privileged communications. It is part of the doctrine that spouses normally can’t testify against each other.

Emails are written so they will be given the same protection as other documents. However, a privilege can be waived.

Emails are not private when the employer has a policy of monitoring emails. There is nothing illegal about that since the employee  tacitly consents to this as a condition of employment. Indeed, the email server belongs to the employer, so the employer can review what is on the servers. Thus, the emails can be reviewed by the employer.

Once this inspection policy is in place there is no privacy and emails can be subject to a police search warrant or even a subpoena in a civil case!

Once the emails are obtained by the court, the emails can be used in evidence and no privilege applies. This includes traditionally privileged communications to a spouse, a lawyer, or a minister.

How to Protect Your Communications.

Do not use work-based emails for private communications that you want to stay private.

To keep from being sued by your employees, make the employees aware in writing that all work-based email traffic is subject to inspection and there is no privilege available.  Post the notices and send the employees emails to that effect.