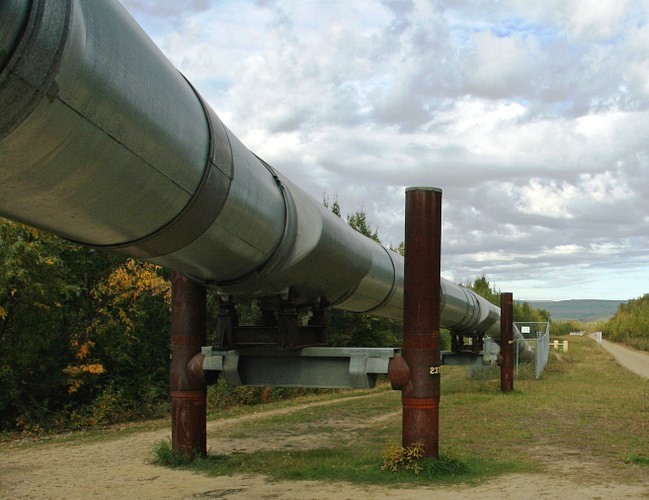 Court creates some new right or remedy you can take advantage of the ruling even though your case has already been adjudicated. This is known as the “pipeline doctrine” which grants limited retroactive relief if the litigant has preserved the issue in anticipation of a change in the law. This is a tricky process which requires anticipatory litigation and adequate record preservation for pending cases and appeals.

When the Supreme Court releases an opinion involving an entirely new doctrine of law, the Court frequently articulates how that doctrine will impact pending cases and appeals. For example, in State v. Dyle, 899 S.W.2d 607 (Tenn. 1995), the Supreme Court discussed a new jury instruction on witness identification. At page 612, the Court held that “this ruling is applicable to cases now on appeal and those cases tried after the release of this opinion.” This meant that the opinion was given pipeline application.

Plaintiff has filed a petition to rehear following our denial of her Rule 11 application and we deem it appropriate for the benefit of the bench and bar to file an opinion to clarify whether Davis v. Davis, 657 S.W.2d 753 (Tenn.1983) [which abolished interspousal tort immunity] is to be given retroactive or prospective effect. We are of the opinion that consistency requires and fairness dictates that we adopt the pipeline approach which we applied in establishing a new principle of law with respect to interspousal suits for [only] intentional torts in Luna v. Clayton, 655 S.W.2d 893 (Tenn.1983). The pipeline approach results in the application of the new principle of law to the litigants at bar, to all actions pending on the date the decision announcing the change becomes final and to all causes of action arising thereafter.

In State v. Walker, 905 S.W.2d 554 (Tenn. 1995), the Court held that persons under criminal sentence who present themselves for incarceration but are turned away by the sheriff, may consider the sentence satisfied under certain circumstances. The Supreme Court held, at page 557, that “we are also persuaded that the rule announced today should be prospective only and should apply only to cases tried or retried after the date of this opinion and in cases on appeal in which the issue has already been raised.”

In State v. Enochs, 823 S.W.2d 539 (Tenn. 1991), the Court found that the thirteenth juror rule applied to all cases which were pending on direct review at the time the rule was reinstated and became effective. Lawyers who raised the issue prior to the release of Enochs, obtained a new trial for their clients after Enochs was rendered. See e.g., State v. Barone, 852 S.W.2d 216, 218 (Tenn. 1993).

Conversely, the Court may exclude pipeline application to cases which raise an issue only on collateral relief. See, Demonbreun v. Bell, 226 S.W.3d 321 (Tenn.2007) (“In State v. Burns, 6 S.W.3d 453 (Tenn.1999), we clarified the paradigm for determining lesser included offenses. However, Burns is not applied retroactively on collateral review and is relevant in post-conviction cases only where the issue is ineffective assistance of counsel and the direct appeal would have been in the appellate “pipeline” for review under Burns. See Wiley v. State, 183 S.W.3d 317, 327-30 (Tenn.2006).”).

This “pipeline” doctrine is not limited only to criminal cases. In McIntyre v. Balentine, 833 S.W.2d 52 (Tenn. 1992), the Supreme Court adopted new rules regarding comparative fault. At page 58, the Court held that the opinion would apply to “all cases tried or retried after the date of this opinion and all cases on appeal in which the comparative fault issue has been raised at an appropriate stage in the litigation.” Identical language can be found in McClung v. Delta Square Partnership, 937 S.W.2d 891, 905 (Tenn. 1996) (landlord liability for crimes committed against innocent third parties by criminals on the premises); Broadwell v. Holmes, 871 S.W.2d 471, 477 (Tenn. 1994) (parental immunity); and Hataway v. McKinley, 830 S.W.2d 53, 60 (Tenn. 1992) (the “lex loci delicti” choice of law doctrine in a wrongful death action). See also, Cole v.Woods,548 S.W.2d 640 (Tenn. 1977)(“We limit the retrospective application of this decision to this case and to those others wherein the issue of imputed contributory negligence was raised in the trial court by appropriate pleadings and proof, now pending motions for new trial or in the pipeline of appellate review. In fairness to the trial judge and to the Court of Appeals, it should be stated that in this regard they were prompted by existing decisional law of the state and it would be unfair to charge them with error.”).

On occasion a Court neglects to articulate how a decision will “run” and must resolve the question in a later appeal:

“We are constrained to note, however, that the absence of language directing the retroactivity of the Jordan decision was a product of oversight rather than the result of a judicial decision to limit Jordan to prospective application only. … We hold that Jordan [loss of consortium damages were recoverable under wrongful death statute] applies retroactively to: (1) all cases tried or retried after the date of our decision in Jordan; and (2) to all cases pending on appeal in which the issue decided in Jordan was raised at an appropriate time. We are aware that our holding will require retrial of some cases and the expenditure of additional judicial resources. Still, we cannot perpetuate denial of retroactive application of Jordan when that result was not our intention.”

The Court first noted that the United States Supreme Court had held in Great Northern Ry. Co. v. Sunburst Oil & Refining Co., 287 U.S. 358, 53 S.Ct. 145, 77 L.Ed. 360 (1932), that state courts could constitutionally choose to apply a state court decision departing from established precedent in either a retroactive or prospective manner. The Luna court also stated that since Sunburst, the United States Supreme Court had adopted “a posture of non-retroactivity” only where three conditions are present: (1) the decision at issue establishes a new principle of law by overruling clear past precedent, (2) retroactive application will retard its prospective application, and (3) retroactive application could produce substantial inequitable results to the instant litigants. Luna, 655 S.W.2d at 989–900. Accord, Cumberland Capital Corp. v. Patty, 556 S.W.2d 516 (Tenn.1977). In Luna, the court found that its decision overruling prior precedent was “not the type that requires pure non-retroactive application of the rule in question” and adopted a “pipeline approach,” applying its change from prior precedent to the litigants at bar and to those cases that had been filed and in which final judgment had not been rendered on the date of the release of the decision.8 Id., 655 S.W.2d at 900.

The lesson to be learned here is that attorneys should be aware of pending issues in the Tennessee Supreme Court and preserve the issue in anticipation of a possible change in the law so the client can retroactively take advantage of the new ruling. See, State v. Wallen, 1995 WL 702611,Tenn.Crim.App.,1995. (“The Supreme Court released its opinion in Brown on June 1, 1992, approximately one month after appellant’s trial. While the holding in Brown is not to be applied retroactively, see e.g., State v. Willie Bacon, Jr., No. 1164 (Tenn.Crim.App., Knoxville, Aug. 4, 1992), perm. to appeal denied, (Tenn.1992), it is applicable to cases that were “in the pipeline.” See State v. Brooks, 880 S.W.2d 390 (Tenn.Crim.App.1993), perm. to appeal denied, (Tenn.1994). Counsel raised the Brown issues in appellant’s motion for new trial and has once again raised them on appeal.”).